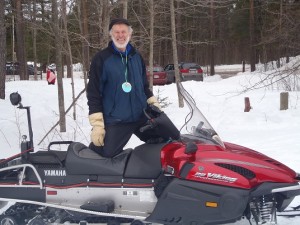 Donating to the Soo Finnish Nordic Ski Club supports local learn to ski lessons and race programs for youth and adults, as well as club activities including lantern skis.  Cheques can be mailed to the address above.

Volunteers keep our club running. Click here: SooFinnishLeadVolunteers2019  for  a list of the Board of Directors, Club Executive, Committee Chairs and other key volunteer positions.

The Soo Finnish Nordic Ski Club has a long history of community service with respect to cross-country skiing in Sault Ste. Marie.  As the club’s name suggests, its roots stem directly from the many Finnish immigrants who settled in the Sault Ste. Marie area in the mid-1900s.

The early club members were members of the Finnish immigrant community, who had belonged to various clubs in their homeland and wanted to recreate a sense of community in their new home. The Canadian Finnish Club, as it was initially named, was founded in 1953.

In the early 1960s, the club name changed to Soo Finnish Club. The Soo Finnish Nordic Ski Club was incorporated in March, 1991.

Over the years, the club has hosted many major competitions including Canada Cup, World Junior selection races, North American Cup, Provincial Championships Ontario Cup races and interdivisional races. Highlights have included the Canadian Senior Championships in 1970 and 1978 and the Canadian Masters Championships in 1983 and 1987. All of these races would not have been possible without the work of many local volunteers.

The club’s volunteers are active in building and maintaining the 35-kilometer trail system at Hiawatha Highlands. The club continues to operate with the support of many parent volunteers who want to instill a love of skiing in their children and supports a competitive race team, a Special Olympics training program, as well as recreational skiing.